A long time ago in a galaxy...whoops wrong story!

Even as I type those words I still can't believe it, and what's even crazier is that people like it.

When I started Finding Kylie, it was a complete mess, and since I'm very critical of myself, I still think that it is, though others would disagree. There was no plan when I began page one, I just wrote what came to mind and it developed from there.

Thanks to numerous friends, beta readers and cups of coffee, I finally came up with something that makes a lick of sense and I've decided to let my baby go, October 2nd being D-day!  Though I tend to be an impatient fucker so I may change my mind. Someone asked me to describe my book to them and for the life of me I couldn't come up with a single thing...until now.

Yes this book is about the paranormal world, there are steamy times, awesome action and violence that might upset some, but to me it's about having a connection, whether through friendship, love or sisterhood.

What would you do if that connection, the one you craved so much was in danger of being broken? What if it was broken, how would you put it back together?

Max, Heather, Kylie and Jeremiah face all of these questions throughout the entire series, though I won't giveaway how of course :)

These characters, and the others that I can't mention yet, have been a joy to write and I hope that you like them as much as I do. 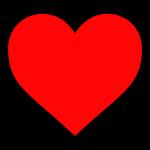 Here is an unedited excerpt. Enjoy!


Kylie surveys the other clientele in the establishment and for the first time she realizes just how strange this place actually is. At one table she sees a couple clearly making out hard core, and instead of being disgusted, or even slightly weirded out, there are several other people watching them. The woman is dressed in a tight V-neck green top with a black mini skirt and thigh high boots. The man looks college-aged and is wearing a navy polo shirt and khaki cargo shorts; with chin length auburn hair is slick with sweat. She wants to look away but is memorized by the boldness of the woman. Ignoring the restless crowd around her, she stops in her tracks and continues to watch the couple’s interaction. The redhead slides her chair over closer to the man smiling, reaching her hand out to caresses his face. The man in turn leans into it, staring into her eyes dreamily, the loud noises of the bar not distracting him at all. In a flash, the woman turns her head and glances at Kylie, studying her. The startling nature of her stare causes Kylie to take a cautious step back, the woman grinning at this action. She goes into a full-blown smile as her eyes quickly flash violet. Biting her lip as if she’s deciding something, she continues to smirks. After a beat passes she nods, turning her attention back to the man and pulling him into a deep kiss. Despite the strangeness of this situation, Kylie still can’t look away, her heart palpitating at the increased sexual vibes that this hot make out session is giving off. She tries in vain to focus her attention on something else, but there is just something about this couple that makes it impossible.

Why can’t I stop? She thinks to herself as her body begins to heat.

The spell is broken abruptly when a flash of a lighter illuminates an extremely tall hulking figure with dark hair standing in the corner of the bar. Squinting, she tries to focus on more of his features, but the combination of smoke and the lighting causes some of his attributes to be hidden. What she does notice is his smile, and it makes her very uneasy. Kylie quickly looks away, nervously scanning the room for her friend. When she finally spots her, she rushes over, reclaiming her seat at the bar, the whole time feeling like a set of eyes are watching her every move.

Posted by Krystyna Allyn at 8:52 AM